Breaking News
Home » Στα 2.132 τα θύματα στη Συρία από τις ρωσικές αεροπορικές επιδρομές » Anadolu_18032014_Bomb attack in Aleppo_9
A father runs away with his children during the bomb attack that 25 killed and many houses are damaged after the Syrian aircraft attacked with vacuum bomb to Karam el-Beik district in Aleppo, Syria, on March 18, 2014. (Photo by Ahmed Muhammed Ali/Anadolu Agency/Getty Images) 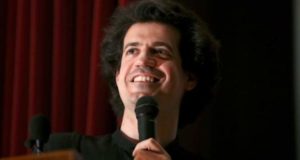 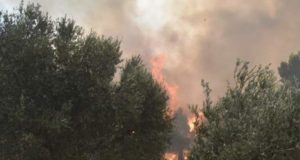